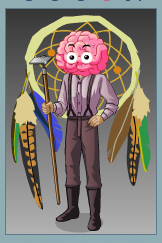 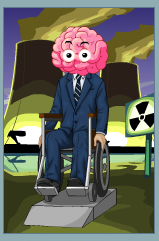 In the late 1970s John Moore was diagnosed with and treated for a form of leukemia at UCLA Medical Center. In the course of his treatments extensive amounts of blood, bone marrow and bodily tissue were withdrawn from his body. Without his knowledge these substances were used by his physicians and others for research purposes...Also concealed from him was the expectation of his physician and his physician's colleagues of benefiting financially from the products of their research with his cells. His physician used his privileged relationship with Moore for exclusive access to substances from Moore's body. The extraction of these substances was not always directly related to Moore's ongoing treatment but was part of this research activity.
Based upon the research of Moore's physician's group, a patent on the cell line developed from Moore's cells was applied for and granted in 1984. Moore's rare cell line would be used to produce certain pharmaceuticals. Moore's physician and his partners together with UCLA Medical Center (the owners of the patent) sold rights for the commercial development of pharmaceuticals derived from Moore's cell line for a seven-figure amount. It had already been estimated that the sale of such pharmaceuticals would bring a multi-billion dollar yield within seven years.
When Moore learned of all this he brought suit for malpractice and property theft. He argued that he deserved some part of the funds generated by the use of his own bodily substances, especially those taken for research and not for therapeutic purposes and without his knowledge of their eventual use. The case went to the Supreme Court of California, and Moore lost. His comment: "I was harvested."
The court acknowledged that the physicians had lied by telling Moore that no financial or commercial value could be derived from his blood and bodily substances. The court understood that the physicians had consistently concealed their plans for economic gain from Moore. Nonetheless the court noted that "the defendants who allegedly obtained the cells from the plaintiff by improper means, [can] retain and exploit the full economic value of their ill-gotten gains free of...liability."

According to the Bible, the first important technological enterprise undertaken by human beings was the construction of the Tower of Babel. While Scripture informs us that those who built the tower were punished for their sins, the text does not disclose the nature of their moral flaws...

According to rabbinic legend, when the tower was being built and was already quite high, it was difficult to get bricks to the top of the construction site in order to build still higher. At that point, if a brick fell and broke as it was being hoisted to the top, all the workers cried and mourned its loss, saying, "How shall we get a brick to replace it?" But when one of the workers fell off the tower and died, no one paid attention because workers were plentiful and easy to replace.

-from Golems Among Us by Byron Sherwin

Taking the Least from You - Rebecca Skloot