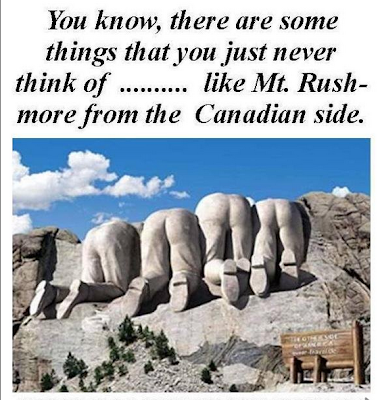 If a man can say of his life or
any moment of his life, There is
nothing more to be desired! his state
becomes like that told in the famous
double sonnet--but without the sonnet's
restrictions. Let him go look
at the river flowing or the bank
of late flowers, there will be one
small fly still among the petals
in whose gauzy wings raised above
its back a rainbow shines. The world
to him is radiant and even the fact
of poverty is wholly without despair.

So it seems until these rouse
to him pictures of the systematically
starved--for a purpose, at the mind's
proposal. What good then the
light winged fly, the flower or
the river--too foul to drink of or
even to bathe in? The 90 story building
beyond the ocean that a rocket
will span for destruction in a matter
of minutes but will not
bring him, in a century, food or
relief of any sort from his suffering.

The world is too much with us? Rot!
the world is not half enough with us--
the rot of a potato with
a healthy skin, a rot that is
never revealed till we are about to
eat--and it revolts us. Beauty?
Beauty should make us paupers,
should blind us, rob us--for it
does not feed the sufferer but makes
his suffering a fly-blown putrescence
and ourselves decay--unless
the ecstasy be general. 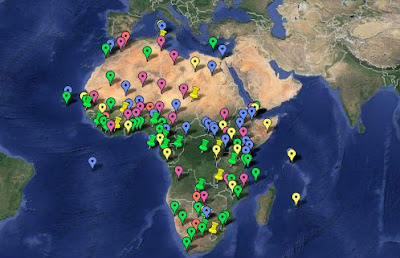 "[The above map] documents U.S. military outposts, construction, security cooperation, and deployments in [49 of the 54 African nations].

"The proposal of any new law or regulation which comes from [businessmen] ought always to be listened to with great precaution and ought never be adopted till after having been long and carefully examined, not only with the most scrupulous, but with the most suspicious attention. It comes from an order of whose interest is never the same with that of the public, who have generally an interest to deceive and even to oppress the public, and who accordingly have, upon many occasions, both deceived and oppressed it."
-Adam Smith, 1776