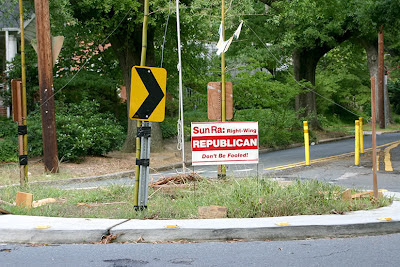 Sleeping Like a Baby With a Bottle in My Mouth

Solutions to be found within the Hidden Realm of What Is Apparent are expressed in similarities. If that which is matters within the reality of the Apparent Realm of What Is Apparent, what matters here is that which is like...
Reframing is another way of asking "What is this like?" But here the emphasis is on separating a given text from the context in which it is presented...When a loss occurs, for example, it is very common in the Jewish tradition to use this reframing technique to find comfort and learn acceptance. When something unfortunate but of minor importance happens- if a cup or a plate breaks- the conditioned response in a Jewish household is "Mazel tov," which means "What good fortune!" The situation has been reframed to say: "It's a good thing something worthless broke; now you've been made aware that you're preoccupied, and you can be more careful so that no more serious accident will happen." If we look at it this way, losing money, scraping a tire against the curb, and countless other situations that many other people would take as signs of bad luck can be reframed as signs of good luck. Most certainly this was a lesson learned from the hardships that have marked the history of the Jewish people down through the ages. It is survivor knowledge, as evinced in this reframing, "It's better for a Jew to lose his beard than for a beard to lose its Jew."
Reframing is vital in problem solving because it exposes hidden elements of what is obvious. Let us consider the situation narrated in this traditional Jewish anecdote:
A young man who worked in his father's shop caught an employee stealing. He went to his father, told him the story, and asked: "What should we do with the fellow?"
"Give him a raise," his father replied in a blink.
"A raise?" his son asked in astonishment.
"If he was stealing, it means he's not earning enough," the father explained.
The son was expecting his father to suggest some form of punishment, not a reward. But his father's understanding of the situation- which may not be appropriate to every situation involving theft- reflected a very sensitive view of reality. By reframing the event, a good employee kept his job and saw his inadequate salary raised. The son had been seduced by the aesthetics of logic, which demanded some form of punishment. If we don't know anything about reframing, our choices are reduced to a single plane of possibility: from among all types of punishment, which should be applied?
Not binding yourself to one context constitutes a kind of perspicacity that derives from an acquired awareness of the ignorances and uncertainties inherent in our store of knowledge...
If you are to master the Hidden Realm of What Is Apparent your mind must remain malleable, not locked into the rigors of a literal text...You must listen to propositions from a critical distance so that the aesthetics of logic do not expropriate your power to perceive...
Reframing is a subversive way of approaching reality. It is generally an uprising against unanimity or consensus...It recognizes that "truths" can be impostors and that thought processes can be fraudulent and easily corrupted, that the act of thinking entails not only an intellectual dimension but emotional and affective dimensions as well. 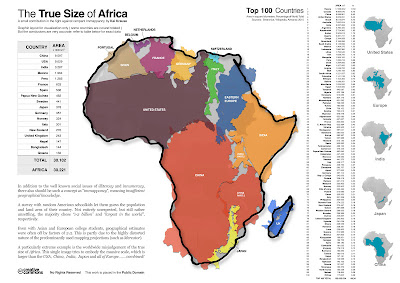 "The greater power of bad events over good ones is found in everyday events, major life events, close relationship outcomes, social network patterns, interpersonal interactions, and learning processees. Bad emotions, bad parents, and bad feedback have more impact than good ones, and bad information is processed more thoroughly than good. The self is more motivated to avoid bad self-definitions than to pursue good ones. Bad impressions and bad stereotypes are quicker to form and more resistant to disconfirmation than good ones. Various explanations such as diagnosticity and salience help explain some findings, but the greater power of bad events is still found when such variables are controlled. Hardly any exceptions (indicating greater power of good) can be found. Taken together, these findings suggest that bad is stronger than good, as a general principle across a broad range of psychological phenomena..."

-Baumeister, Bratslavsky, Finkenauer, and Vohs in Review of General Psychiatry, Vol.5 No.4 2001 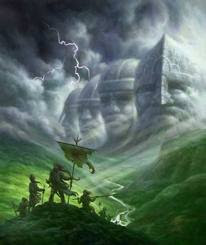 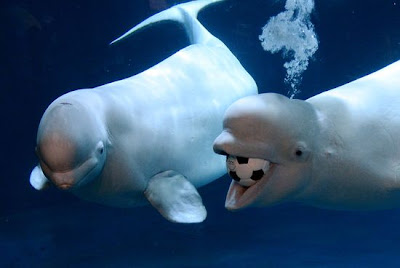 Joy and the Tzaddik


Rabbi Nachman left Bratslav soon after a fire had destroyed part of the town.
He said, "It was right that I leave after this [fire]. It would not be right that while others are in sorrow, I am joyful. If [my house] had not been burned, I would have to join the others in their sorrow, because when a Jew has such a sorrow I must take part.
"But now that my house was also burned, I must accept this in love and joy, and I need to be tremendously joyful. So it isn't right that I should be with the others; for how can I be joyful while they are full of sorrow?"
Understand this well.

All of the unicyclists noted that adult male onlookers responded with the same repetitious, snide remarks made aggressively as a "joke", of which most were based on the single wheel, e.g., "Do you know...", "Have you noticed...", "You have only...", "Have you lost a wheel?"
By contrast, women did not make aggressively humorous remarks; their responses were warm, appreciative, and supportive, with a concern for safety.
The male "joke" response with its repetitive content and irritating, offensive intent, was observed by male and female unicyclists in many parts of the world.
Unicyclists observed that young children showed interest and curiosity, which they communicated to their parents, and noted a subsequent transition of this response toward physical and verbal aggression in older boys- but not girls- with stone throwing, spitting, obstruction, and sudden shouts of "Fall off!".....The repetitive nature of the male "joke" response , in particular the frequent reference to the number of wheels, was repeatedly confirmed.
The universality of the response across different individuals, environments, and dates of observation suggests an endogenous mechanism, and the association with masculine development relates this to androgen....It is concluded that humor develops from aggression in males and is evolutionarily related to sexual selection.?

If dying after a billion years doesn't sound sad to you, it's because you lack
a thousand-year-old brain that can make trillion-year plans.

Fun fact: by listening to music you have past associations with, you're overwriting your past selves and killing them forever.

One wish can achieve as much as you want. What the genie is really offering
is three rounds of feedback.

It's easier to seem obstinate in writing, because your words are still there
even after the reader expresses clear and repeated disapproval.

If you get out of bed early enough you can witness the Big Bang.

When the wise man points through the moon, the fool looks at the moon.

"They laughed at me! They called me mad! But we'll see who's calling people now!" -A.G. Bell

"They called me dad! But we'll see who's dad now!" -mad grandfather

When I hear the words "military robotics", my gun reaches for me.

These boots are made for stamping on a human face, and that's just
what they'll do- forever.

I believe it's called evidence because it's what we were put on earth to evade.

Every human is a unique mixture of Apeshit, Batshit, and Chickenshit.

I'd like to teach the world whether to sing.

Guise Without a Face

"When the modern corporation acquires power over markets, power in the community, power over the state and power over belief, it is a political instrument, different in degree but not in kind from the state itself. To hold otherwise - to deny the political character of the modern corporation - is not to merely to avoid the reality. It is to disguise the reality. The victims of that disguise are those we instruct in error. The beneficiaries are the institutions whose power we so disguise. Let there be no question: economics, so long as it is thus taught, becomes, however unconsciously, a part of the arrangement by which the citizen or student is kept from seeing how he or she is, or will be, governed."

"Let's begin with capitalism, a word that has gone largely out of fashion. The approved reference now is to the market system. This shift minimizes - indeed, deletes - the role of wealth in the economic and social system...Instead of the owners of capital or their attendants in control, we have the admirably impersonal role of market forces. It would be hard to think of a change in terminology more in the interest of those to whom money accords power. They have now a functional anonymity."

"This is what economics now does. It tells the young and susceptible (and also the old and vulnerable) that economic life has no content of power and politics because the firm is safely subordinate to the market and the state and for this reason it is safely at the command  of the consumer and citizen. Such economics is not neutral. It is the influential and invaluable ally of those whose power depends on an acquiescent public." 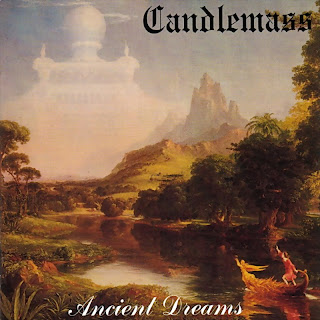 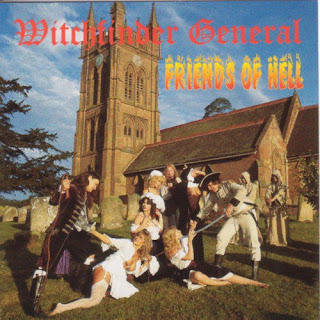 Honored Minister, Honored Guests,
There is nothing to praise, nothing to damn, nothing to accuse, but much that is absurd, indeed it is all absurd, when one thinks about death.
We go through life impressed, unimpressed, we cross the scene, everything is interchangeable, we have been schooled more or less effectively in a state where everything is mere props: but it is all an error! We understand: a clueless people, a beautiful country- there are dead fathers or fathers conscientiously without conscience, straightforwardly despicable in the raw basics of their needs...it all makes for a past history that is philosophically significant and unendurable. Our era is feebleminded, the demonic in us a perpetual national prison in which the elements of stupidity and thoughtlessness have become a daily need. The state is a construct eternally on the verge of foundering, the people one that is endlessly condemned to infamy and feeblemindedness, life a state of hopelessness in every philosophy and which will end in universal madness.
We're Austrians, we're apathetic, our lives evince the basest disinterest in life, in the workings of nature we represent the future as megalomania.
We have nothing to report except that we are pitiful, brought down by all the imaginative powers of an amalgam of philosophical, economic and machine-driven monotony.
Means to an end when that end is destruction, creatures of agony, everything is explained to us and we understand nothing. We populate a trauma, we are frightened, we have the right to be frightened, we can already see in the dim background the dim shapes of the giants of fear.
What we think is secondhand, what we experience is chaotic, what we are is unclear.
We don't have to be ashamed, but we are nothing, and we earn nothing but chaos.
In my name and in the name of those here who have also been selected by this jury, I thank all of you.
Posted by DCB at 8:12 PM