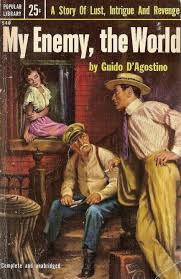 a taxonomy of political ideologies based on construal-level theory
the processing of humour by individuals suffering from schizophrenia
why does the minimum wage have no discernible effect on employment?
gleaning interview content from analyzing counter-transference reactions of the interviewer
contemporary music production and consumption as quintessential deregulatory neoliberalism
calculated overcommunication

Email ThisBlogThis!Share to TwitterShare to FacebookShare to Pinterest
"Hitler found himself imperiled only once, when Bavarian Interior Minister Schweyer raised the question of having the troublesome alien agitator deported to Austria. A conference in 1922 among the leaders of all the government parties had agreed that the rowdy bands in the streets of Munich, the brawls, and constant molesting of the citizenry, were becoming intolerable. But Erhard Auer, the leader of the Social Democrats, opposed deportation on the grounds that it wold be a violation of "democratic and libertarian principles." So Hitler was allowed to go on denouncing the republic as a "sanctuary for foreign swindlers," threatening the administration that when he came to power "may God have mercy on you!" and proclaiming that there would be "only one punishment: the rope" for the treasonous leaders of the Social Democratic Party."
-Joachim Fest
Posted by DCB at 1:00 PM