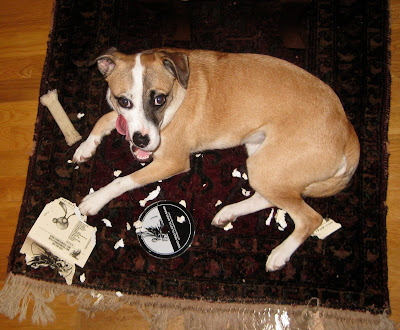 The Last Act of the Notorious Howard Spira

Toulouse-Lautrec Shitting On a Beach

Better Not Read This

A Story That Escaped "The Dream Assembly"

Don't Talk To Me About Johnny Depp 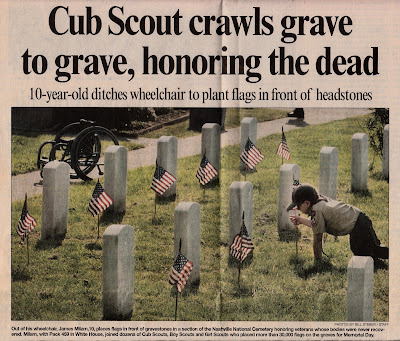 Forced Antecedent-Focused Emotional Regulation: Together We Can Stop This!

Don't feel sorry for us - it is part what makes Moe's what it is. Every Moe's in the country does it, and believe it or not, I get far more email from folks when they *don't* hear a hearty "Welcome to Moe's" when they arrive. New stores like Vanderbilt go through a break in period where the crew begins to feel like it is not fun, but then after a short while, they get comfortable with it, especially when they see the smiles it gives to our guests when they come in the door. After opening 6 stores in 7 years in Nashville, I value it and expect my crews to say it, and say it with meaning and enthusiasm. It is very much part of the Moe's experience.
I hope that, knowing it is part of our culture, and that we mean it when we say it, you will be able to understand why we do it, and not let it irritate you too much. That's not our goal!
Thank you very much for taking the time to give your feedback. I hope you will return, and if they give you a meaningful Welcome, you will say "Ah, I'm at Moe's, time for some good food!"
Respectfully,
Scott Portis
Scott Portis, Owner, 615.300.3696
Cannon Restaurant Management, LLC, dba
Moe's Southwest Grill with 6 Middle TN Locations
*NEW 2525 West End near Vanderbilt*, Belle Meade,
Brentwood, Franklin, Murfreesboro, Spring Hill, TN
Posted by DCB at 9:24 PM

I started to notice this phony-casual maneuver a couple years ago.
Now I see it everywhere:

"Germany wants other countries to be more, well, German."

"All of which makes the very notion of the Great American Novel sound,
well, un-American."

"I knew the White House wanted a compromise on the debt ceiling. I just didn't expect them to do quite so much, well, compromising."

I wonder if this affectation is related to trends discussed in this article: 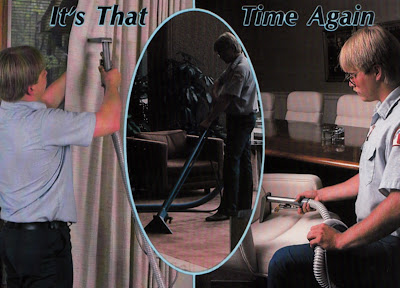 "...For the pragmatic among us, the end of Literature is merely the end of a melodramatic model, a false hope that has gone the way of psychoanalysis, Marxism, punk rock and philosophy. But for the less pragmatic among us, we realise— we experience—what has been lost. Without Literature we lose Tragedy and Revolution both, and these are the two last best modalities of Hope. And when Tragedy disappears, we sink down into a gloom, a life whose vast sadness is that it is less than tragic. We crave tragedy, but where can we get it when tragedy has given way to farce? Shame and scorn are the only response now at literary readings to literary manifestos. All effort are belated now, all attempts are impostures. We know what we want to say and to hear, but our new instruments cannot hold the tune. We cannot do it again nor make it new since both of those actions have telescoped to equivalence—we are like circus clowns who cannot squeeze into their car. The words of Pessoa ring in our ears: ‘Since we are unable to extract beauty from life, we attempt at least to extract it from our incapacity to extract beauty from life.’ This is the task given us, our last, best chance."

http://www.thewhitereview.org/features/nude-in-your-hot-tub-facing-the-abyss-a-literary-manifesto-after-the-end-of-literature-and-manifestos/
Posted by DCB at 8:44 PM 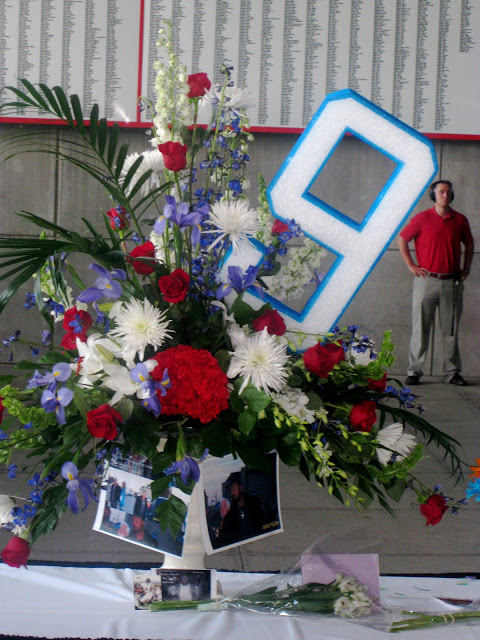 The Broken Betrothal by R' Nachman of Breslov

There was once an emperor who had no child to rule after him; and in another land there was a king who also was childless. The emperor went on a journey in search of a sage who might tell him how to come by a child; and the king, too, went on such a journey. King and emperor stopped one night at the same inn, though they did not know each other; the emperor, however, marked the royal manner of the stranger, and asked him,
"Are you not a king?"
The king, too, had recognized the other as a man of high birth, and he said, "I am a king; and are you not an emperor?"
Then each told the other the reason for his travels, and they agreed that when they returned to their kingdoms, and if the queen of one gave birth to a son, and the other's queen gave birth to a daughter, the two children should be betrothed.
And afterward, a daughter was born to the emperor, and a son was born to the king, but the betrothal was forgotten.
As the children grew, each was sent to a foreign land to study, and it so happened that both were sent to the same teacher. The boy and girl met, and loved one another, and agreed to marry. Then the prince took a ring and put it on the finger of the princess, and so they were wed.
But soon their parents called them home, and the princess had to return to her father the emperor, while the prince returned to the court of the king.
p. 199
[paragraph continues]The emperor's palace was filled with suitors for the hand of the princess, but she remembered that young prince from a distant land, and she would not have any of the others.
In his far country the prince was unhappy, longing day and night for his beloved; the king commanded entertainment for the boy in the palace, or rode with him over their domain, but the young man would not be cheered, and at last he fell ill of melancholy. Then the king asked the prince's servant: "Perhaps you know what troubles him?" The servant remembered the wedding, and told the king that the prince was married and longed for his bride.
"Who is his bride?" the king asked.
"A princess, the daughter of an emperor."
At this, the king recalled the betrothal he had made for his son before his son was born, and he was astonished to learn that it was indeed his betrothed that the prince had found and married. So the king wrote at once to the emperor to remind him of their meeting and of their vow.
But the emperor no longer desired such a union, and yet he could not free himself from his promise; so he sent a letter asking that the prince come to his court to be examined in his knowledge of government.
When the prince arrived in the emperor's palace he was not allowed to see his bride, but was seated alone in a room, and papers were brought to him, with questions of government. He was ill nearly to death with longing for a glimpse of his beloved, and one day as he walked by a chamber he saw her image in a mirror. Then he fainted of weakness and joy, and she saw him and ran to him and wakened him, saying,
p. 200
"I will have no other husband but you!" And he said, "But what can we do while your father is against our marriage?"
They made a plan to escape together over the sea; then they hired a ship, and crept aboard at night, and sailed away. They were happy there, for they measured their love by the depth of the sea and the height of the firmament, and all the sea and sky was their kingdom of love. But one day the vessel came to a shore, and they said, "Let us go down on land for a while."
There was a forest near the shore, and the bride and groom went into the forest. They ran, and they walked, until they were weary, and the girl said, "Let me lie down by this tree, and sleep a while." She took his ring from her finger, and gave it to the prince saying, "Watch my ring while I sleep."
When he saw that she was about to waken, he placed the ring on the ground near her hand. She awoke, and they returned to the shore. But as they were going aboard their vessel she felt her hand bare and cried, "Where is my ring?" "I put it by you when you wakened," the prince said. "I'll go and find it for you."
She waited, while he returned to the forest. He wandered one way and another, and could not find the ring, and was lost.
The princess waited a long time, and then went into the woods to seek the prince, and she wandered one way and another, and could not find him, and was herself lost.
When the prince saw that he was lost he did not know what to do, but called her name, and she did
p. 201
not hear him; he wandered still farther until at last he came out of the forest to a city. He had no money, and he needed food, so he became a servant.
Meanwhile the princess found her way out of the forest and came to the shore again; there she sat upon the sand by the sea; she lived on the fruit of the trees; each day she wandered in search of her beloved, and at night she slept in the trees.

communicative capitalism: circulation and the foreclosure of politics

the ones who walk away from omelas