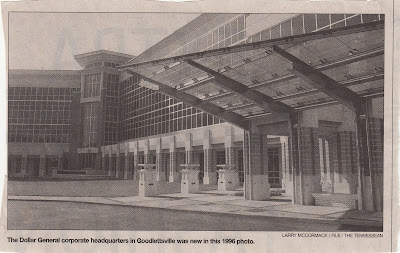 The gods confound the man who first found out
How to distinguish hours! Confound him, too,
Who in this place set up a sundial,
To cut and hack my days so wretchedly
Into small portions! When I was a boy
My belly was my sundial - one surer,
Truer, and more exact than any of them.
This dial told me when was 'twas proper time
To go to dinner, when I had aught to eat;
But nowadays, why even when I have,
I can't fall to until the sun gives me leave.
The town's so full of these confounded dials
The greatest part of its inhabitants,
Shrunk up with hunger, crawl along the street.

"...What has lent Mr. Gingrich’s written and spoken work, or, as he calls it, his “teaching,” the casual semblance of being based on some plain-spoken substance, some rough-hewn horse sense, is that most of what he says has reached us in outline form, with topic points capitalized and systematically, if inappositely, numbered. There were “Seven key aspects” and “Nine vision-level principles” of “Personal Strength” (Pillar Two of American Civilization), there were “Five core principles” of “Quality as Defined by Deming” (Pillar Five), there were “Three Big Concepts” of “Entrepreneurial Free Enterprise” (Pillar Three). There were also, still under Pillar Three, “Five Enemies of Entrepreneurial Free Enterprise” (“Bureaucracy,” “Credentialing,” “Taxation,” “Litigation,” and “Regulation”), which would have been identical to Pillar Four’s “Seven welfare state cripplers of progress” had the latter not folded in “Centralization,” “Anti-progress Cultural Attitude,” and “Ignorance.”
In Window of Opportunity, Mr. Gingrich advised us that “the great force changing our world is a synergism of essentially six parts,” and offered “five simple steps to a bold future.” On the health-care question, Mr. Gingrich posited “eight areas of necessary change.” On the issue of arms control, he saw “seven imperatives that will help the free world survive in the age of nuclear weapons.” Down a few paragraphs the seven imperatives gave way to “two initiatives,” then to “three broad strategic options for the next generation,” and finally, within the scan of the eye, to “six realistic goals which would increase our children’s chances of living in a world without nuclear war.”
“Outlining” or “listing” remains a favored analytical technique among the management and motivational professionals whose approach Mr. Gingrich has so messianically adopted (balancing the budget and “finding a way to truly replace the current welfare state with an opportunity society” could both be done by the year 2002, he advised the Congress on the occasion of his swearing-in as Speaker, “if we apply the principles of Edwards Deming and Peter Drucker”); yet few of his own “areas” and “imperatives” and “initiatives,” his “steps” and “options” and “goals,” actually advance, on examination, the discourse..."
http://www.nybooks.com/articles/archives/1995/aug/10/the-teachings-of-speaker-gingrich/
Newt on himself: "There's a large part of me that is four years old. I wake up in the morning and I know that somewhere there's a cookie. I don't know where it is but I know it's mine and I have to go find it. That's how I live my life. My life is amazingly filled with fun."
http://www.esquire.com/features/newt-gingrich-0910

"...CIA operative country music entertainer Boxcar Willie burst onto the country music scene after an ad campaign of high tech hypnotically persuasive produced television commercials that strategically made him an overnight, sensation and "star". The country music industry's Freedom Train needed a conductor to lead the industry and fans to Branson, Missouri, and Boxcar Willie was placed in the driver's seat.
I had much contact with Boxcar Willie personally since my government sponsored cocaine runs often coincided and intermeshed with his. But I never knew Boxcar Willie as well as my daughter, Kelly, knew him. Kelly has named Boxcar Willie as one of her primary sexual abusers in three different mental institutions, and has voiced frustration at the lack of justice. "Why am I the one locked up while my abusers remain free?" she constantly pleads. I assure her I am doing all I can to blow the whistle on Boxcar Willie for hex, and expose his role in transferring the country music industry to close proximity of the Lampe, Missouri CIA cocaine operation as outlined by Bill Clinton."

When People Were Shorter and Ridiculed Commerce

There is culture
and there is The Culture
of a place making you
friendly, wearing your
sense on your sleeve.

Here, on the page, we
always want to talk
about beauty. Out there—
out the window—we leave
a mattress in an empty lot.

Don’t make me find you
beautiful. I say that
to the ocean. It keeps
giving itself away
like the girl I was in HS.

The internal culture shifts
too slowly to see like mold
grows. I have become
myself again. Again,
the sensible sand.

"Invaders from Mars" by Charlie Stross
"...Corporations do not share our priorities. They are hive organisms constructed out of teeming workers who join or leave the collective: those who participate within it subordinate their goals to that of the collective, which pursues the three corporate objectives of growth, profitability, and pain avoidance. (The sources of pain a corporate organism seeks to avoid are lawsuits, prosecution, and a drop in shareholder value.)
Corporations have a mean life expectancy of around 30 years, but are potentially immortal; they live only in the present, having little regard for past or (thanks to short term accounting regulations) the deep future: and they generally exhibit a sociopathic lack of empathy.
Collectively, corporate groups lobby international trade treaty negotiations for operating conditions more conducive to pursuing their three goals. They bully individual lawmakers through overt channels (with the ever-present threat of unfavourable news coverage) and covert channels (political campaign donations). The general agreements on tariffs and trade, and subsequent treaties defining new propertarian realms, once implemented in law, define the macroeconomic climate: national level politicians thus no longer control their domestic economies.
Corporations, not being human, lack patriotic loyalty; with a free trade regime in place they are free to move wherever taxes and wages are low and profits are high. We have seen this recently in Ireland where, despite a brutal austerity budget, corporation tax is not to be raised lest multinationals desert for warmer climes.
For a while the Communist system held this at bay by offering a rival paradigm, however faulty, for how we might live: but with the collapse of the USSR in 1991 — and the adoption of state corporatism by China as an engine for development — large scale opposition to the corporate system withered.
We are now living in a global state that has been structured for the benefit of non-human entities with non-human goals. They have enormous media reach, which they use to distract attention from threats to their own survival. They also have an enormous ability to support litigation against public participation, except in the very limited circumstances where such action is forbidden. Individual atomized humans are thus either co-opted by these entities (you can live very nicely as a CEO or a politician, as long as you don't bite the feeding hand) or steamrollered if they try to resist.
In short, we are living in the aftermath of an alien invasion."
http://www.antipope.org/charlie/blog-static/2010/12/invaders-from-mars.html
Posted by DCB at 5:42 PM

Pride Needs No Foundation On Which to Build

A man may be lying on his bed;
his house may be cold;
he may be covered with a torn blanket;
he may be alone in the world without a penny to his name;
and yet in his heart he may think
"I am the greatest! I am the best who ever lived!"

I want to apologize to everyone who came to see me read and wound up waiting forty-five Chicago minutes for me to get there. When I got a message that the program was running thirty to forty-five minutes late I decided to stay where I was and keep revising. What I didn't realize was that the performance before mine was in an entirely different room. That meant I could have shown up on time and began on time.
If I'd been waiting for a reading that long I'd have been the ringleader of the murmurers, so please, if you read this, be a friend and pass my apology on to anyone I may have bored, bothered, offended or outraged.

One lady in the audience produced a remarkably concise and precisely timed heckle just as I began to speak. I started to say, "It's been five years since I've done a reading...". As I took a momentary pause after the word "years" (I'm such an oratorical weakling, I needed to rest after the first four words) she launched her devastating three word equalizer: "...and forty-five minutes!!"
Really. It was positively laser-like, the way she was able to insert it between my blobs of prattle. Besides my admiration I'd also like to give her thanks for helping me come up with a title for the piece I read, now and forever titled,  "Five Years and Forty-Five Minutes".