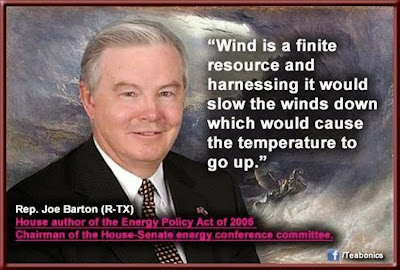 ...["Duh"] is generally understood to be an extra or paralinguistic symptom of discourse's pause or failure-- something akin to Aristotle's "mere voice" or an animal phone. It is not a word per se since it references the unavailability of discourse proper...or that which is obvious ["duh" or "no duh"].

..."Duh" is evocative, calling up, as it were, stupidity's rich tradition and within this tradition "duh" stands the ground of refusal. Refusing "duh" means resisting stupidity, and its double, a "refusing duh," conjures up a break between discourse and the world. This duality of "duh", the evocation of stupidity and its refusal, also elicits a response from knowing, stupidity's reciprocal and necessary condition.

..."The temptation," Ronell writes..."is to wage war on stupidity as if it were a vanquishable object....Stupidity exceeds and undercuts materiality, runs loose, wins a few rounds, recedes, gets carried home in the clutch of denial- and returns."

...Stupidity is "essentially linked to the inexhaustible...[it] is that which fatigues knowledge and wears down history." Stupidity is heavy, dull, and slow, with no interest other than to have no interest....no thinking....only to advance procedure and format, ending in the perpetual violence that is the ineluctable status quo.

..."stupidity itself remains to a large degree absent from the concerns of contemporary inquiry. No ethics or politics has been articulated to act upon its pervasive pull. Yet stupidity is everywhere."

...Stupidity is amorphous-- sometimes it appears as a pathogen suspended in droplets over the entirety of life. It enters into life, spreading throughout the world. It is there and it is here, which makes stupidity in many ways the ontological condition of all thinking, since all thinking misses something. Ronell charts stupidity's clinical presentations and records her suspicions of its sub-clinical imperceptibility. The question arises, Who shall report it? Who can see stupidity-- enough to say, there it is?

...The degrees of stupidity are endless, since no one can ever completely miss something or completely get something. It is Flaubert, for Ronell, who sees not the essence of stupidity, but the force of stupidity-- its trace: "Stupidity is something unshakeable. Nothing attacks it without breaking itself against it. It is of the nature of granite, hard and resistant."

...The difficulty with stupidity...is that the subject of inquiry escapes explanation. Stupidity, inherently, occupies a non or pre-discursive space-- a space not under the dictates of cognition...Stupidity has a brute force AND a philosophical trace that can be associated with the Odepipal Father and the law of mimesis: "Incapable of renewal or overcoming, the stupid subject has low Oedipal energy: he has held onto ideas, the relics and dogmas transmitted in his youth by his father."

..."The stupid are unable to make breaks or breakaways; they are hampered even on the rhetorical level, for they cannot run with grammatical leaps or metonymical discontinuities. They are incapable of referring allegorically or embracing deferral..the stupid cannot see themselves...and this invisibility allows stupidity to pass imperceptibly across the world."

-excerpts from Refusing Theory: Avita Ronell and the Structure of Stupidity by Victor E. Taylor