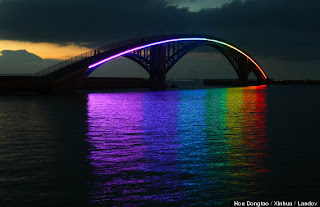 Rambam quotes a pious individual who was questioned about the happiest day of his life:
"I was traveling on a ship. Because of my poverty, I was assigned the worst quarters imaginable- in the lowest hold, together with the cargo. A group of rich, arrogant, and uncouth merchants were also on board. Once, as I lay in the hold, one of the merchants actually urinated on me. I must have appeared so despicable in his eyes that he felt I was unworthy of elementary respect as a human being, but I was not offended in the least, nor did I react in any way. When I realized how indifferent I was to my own prestige, I was overcome with joy, because I had achieved a level of genuine humility and self-effacement and was able to ignore the disparagement of that person."